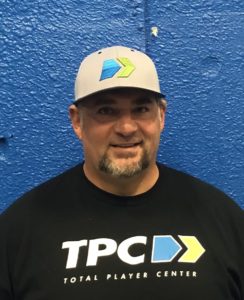 Played baseball and attended both St. Francis High School and De Anza College, but a knee injury and subsequent rehab process, Gene found an interest in strength training and conditioning.

Started as a Strength and Conditioning Graduate Assistant at San Jose State assisting with both Football and Men’s and Women’s Basketball teams and oversaw the training of Soccer, Tennis, and Baseball. Baseball program went on to College Baseball World Series in 2000.

Moved on to University of Cal Berkeley as an assistant to Football and Men’s Basketball, and oversaw the training of Baseball, Rugby, Lacrosse, and Men’s and Women’s Soccer. Trained numerous professional and Olympic athletes and was a part of two National Championship teams during a four-year tenure.

Became the first Director of Strength and Conditioning at Saint Mary’s College in 2003. At one point worked with every single team with athletics, including Football, but spent the most time working with Men’s Basketball, Baseball, and Volleyball. During an 11-year tenure, coached MLB players Mark Teahen, Kyle Barraclough, Kyle Jensen, Corbin Burnes, and Patrick Wisdom, NBA players Patty Mills and Mathew Dellavedova, and was a part of numerous conferences championships, NCAA tournament appearances, including a Sweet 16 appearance for the Men’s Basketball team. While coaching at St. Mary’s also coached two TPC alumni in Alex Schmarzo and Taylor Reid.

Accepted a High Performance coaching position at University of the Pacific focusing primarily working with technologies related to training and statistics/analytics for performance and injury prevention.