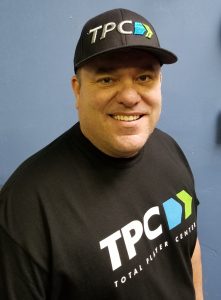 Coach Dress’s background as a former player and coach brought him through all levels of coaching experience from high school to college and abroad.  Tony grew up in Concord, CA. where he played at Concord American Little League and that is where he found his passion for  the game of baseball.  His Dad was very influential in his life, as well as Oscar Miller, John Whitman, Dale Metecalf, Jim Jones and Bill Arce.

Coach Dress is a Bay Area native and grew up in Concord, CA.  He is a graduate of Concord High School where he was a three year Varsity Baseball All-League honorable mention as a first basemen.  After high school, he went on to play one year at Los Medanos Junior College where he made All-League honorable mention.  Dress played collegiately at Chico State, capturing the team’s Most Valuable Player award and was named Most Outstanding Hitter.  In 1992, he was selected to play on Major League Baseball International’s Envoy Team and played in Czechoslovakia for two months.  He earned his undergraduate degree in 1993.

In 2013, Coach Dress held the position of Volunteer Assistant at St. Mary’s College.  His focus was on the offence, primarily working with the hitters.  Dress spent four seasons at the helm of the San Francisco State Gator’s Baseball Program.  In 2008, he coached two All-CCAA team selections.  Coach Dress came to SF State from Los Medanos Junior College in Pittsburg, CA, where he was the head baseball coach for three years.  In 2006, he guided the Mustangs to a 28-16 record, leading the squad to it first home playoff game in 16 years.  That season, Los Medanos finished in the top three in the state of California in hits, stolen bases, batting averages and doubles.  Dress also coached at Acalanes High School in Lafayette, CA, from 2001-03.  He turned a last-place program into a winning program within 18 months.  Prior to his stint in Acalanes, he served as the Assistant to the General Manager of the Wichita Wranglers, Double A-affiliate of the Kansas City royals and the National Baseball Congress.

From 1992-95, Coach Dress worked overseas as the Regional Game Development Coordinator for Major League Baseball International in Czechoslovakia, Spain, Norway, Germany, Sweden, Australia and New Zealand.  While in Europe, he coordinated coaching clinics and team events for all ages and has set up baseball clinics for ages 8-80. His main focus is working with youth to develop and enhance their baseball skills while experiencing the cultural exchange and team benefits between American and European teams.

Coach Dress is able to create individual and team coaching programs that include international travel and language programs. He has the ability to tailor a tour and coaching program based on the needs of the team, players and parent’s. These tours are affordable and give the player an unforgettable experience while developing their individual baseball and softball skills.  If interested, a sample of these tour packages are available to view on www.northernlightsports.com.